A lot has happened in my life since my last post. The biggest thing is that my family and I relocated from Albuquerque to the Dallas, TX area. It was a rather sudden, but mostly welcome move. I'm glad that I finished Average Simon before the relocation, though. Since we came out here about two and a half months ago, all of my energy has been in getting settled. Or, rather, helping my son get settled. This move has been more difficult on him than anyone else, and he's needed an awful lot of love and reassurance. So, my days have been spent unpacking, exploring fun places in DFW, going to Six Flags, trying to make connections in the local homeschool community, generally doing everything I can possibly think of to help my eleven-year-old make friends. Every now and then, I will look longingly at my computer and wonder where I'll find the time to sit down and get back to writing. 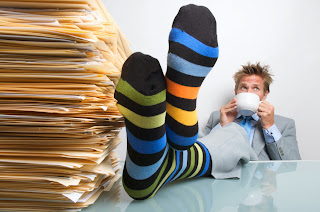 I can't help but think, though, that this extended break has been good for my creativity.  Stephen King, in his awesomely awesome book On Writing, suggests taking a break and letting your manuscript marinate for a good long while before doing revisions. I didn't take much of a break between drafts of my novel, but my query letter and synopsis have been marinading for months.

Over the last couple of weeks, I've been coming back to those two documents and reading them again and again. I can see room for improvement, but I can also see that they're both pretty strong. That's a far cry from how I felt before the move. When I packed them up in boxes in Albuquerque, I was completely convinced that they amounted to kindling. Honestly, I was  ready to light both on fire and spread the ashes somewhere in the desert.

I'm glad I didn't. If I had, I would have had to start both from scratch, which would have been so disheartening, I likely would have just built myself a permanent pillow fort under my desk. Instead, I read the query letter, assessed its strengths and weaknesses, and tweaked it. And tweaked and tweaked and tweaked until I came up with something that I believe is better than passable or decent. A break allowed me to re-work my query with fresh eyes and to *gasp* finish it.

My synopsis up for assessment and tweaking next. My gut is telling me I may need to scrap it and start that one all over again, but that I'm okay with that. Writing can be a lot like a science experiment. Sometimes you get the desired results, sometimes you don't. Just because the results are different than what you expect, that doesn't mean the experiment failed. It just means that you've ruled one thing out that stood in the way of success.

I could have never come to that conclusion without a long break.
Email ThisBlogThis!Share to TwitterShare to FacebookShare to Pinterest
Newer Post Older Post Home
Tweets by @DannieMOlguin