Being responsible for another human is, quite possibly, one of the most difficult things a person can do. The job is full of sweat, blood, tears, snot, and vomit. It’s full of stress, worry, heavy lifting, and sleepless nights.  I suspect that’s why some parents feel the need to be heavy handed disciplinarians or to indoctrinate their children in a specific, often monotheistic, belief system. Filling a child with the fear of punishment, eternal or fleeting and earthly, goes a long way in making a parent’s job a little easier.
As atheists, my husband and I don’t have religion to help us scare our child into behaving the way we want him to. And as rational people who completely eschew physical punishment, we don’t have the fear of physical threat to coerce him into acting or not acting in a certain way. What we do have is words. Lots and lots of words. We also employ logical consequences and are open and receptive to hearing our son’s point of view on any given topic.

All this sounds great in theory, but in practice, it’s not always tulips and wine. There are times when I want so badly to cross my arms and say “Because I said so. Don’t argue.” It’s exhausting to have to rationalize every parenting decision I make.
Before I answer a question or refuse to grant permission, I ask myself “why not” and if I don’t have a solid reason, I don’t say no.  Sometimes I really have to dig deep to find out I don’t have a particular reason for him not to play on the computer, and sometimes I have work at it to get to the root of why I don’t want to extend his bedtime to 10:00. But in the end, all the digging and questioning I do in my own head serves to make me a very deliberate parent. It also helps pull emotion out of the equation, which is especially necessary if my son’s emotions are already running high.
The side effect of parenting him with “why not? instead of “no” is that sometimes he questions absolutely everything. But, since I say “yes” as often as I possibly can, he usually won’t push an issue if I’m sticking to my guns. He knows that I always have his best interests at heart and that if I take firm stance on a subject, it’s probably for a pretty damned good reason and fighting me on it won’t get him anywhere. He learned from any early age that some things I’ll bend on, and some things I absolutely won’t.
When he was a toddler, he hated his car seat and would do everything in his power to prevent us from buckling him in. Obviously, not being buckled in wasn’t not an option, so my husband and I told him that it was “non-negotiable.” By the time the kid was 20 months old, he was using the phrase “non-guh-gosh-able” For all sorts of things. Sometimes in the right context, sometimes not. With tears streaming down his face, he’d let me buckle him in and say “It’s non-guh-gosh-able” with such heart wrenching emotion that I wished we could just stay home. As the ice cream truck tinkled past our house, he’d run outside in nothing but his diaper and shout “Ice Cream Man! Stop! It’s non-guh-gosh-able!”
As he grew older and learned both the proper pronunciation and usage of the word, he was able to participate in discussions about why isn’t wise to go out in the snow without shoes or why it’s a good thing for him to clear his own place at the table. When he was about 9, he got his hands on a bunch of index cards and wrote up a little speech about why we should re-instate the allowance we had taken away. He made his case beautifully, and we re-instated allowance. Since forever, my husband and I have encouraged him to question authority, us included.
Now we have a full-fledged tween-ager on our hands, complete with occasional hormonal attitude and irrational thinking. But, even when he’s stomping around with a case of the Pre-Teen Grumpies, I can usually talk him through it, though it’s not always easy. Sometimes my wonderful, intelligent, intuitive boy pushes my patience to the very limits of human tolerance. Sometimes I yell. Sometimes I overreact. I’m a parent, not a saint. But after we’ve both had time to calm down, I make a point of sitting down with him and talking. We talk about making good choices and about how our words and tone of voice can hurt others. We talk about our hard limits and our soft limits. We work together and negotiate.
Some things are negotiable, but giving my son the opportunities to speak and act on his own behalf will always be non-negotiable.

This blog was originally posted on GroundedParents.com where I am a contributing blogger.
Posted by Unknown at 6:36 AM No comments:

The Story of a Story 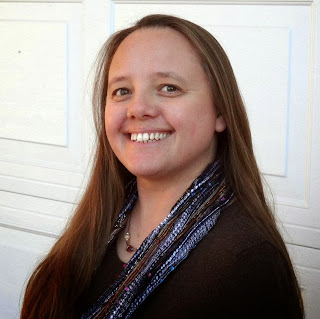 My name is Dannie and I'd like to thank your for visiting my site.

A little bit about myself: I am an author, a lover of Halloween, a chocoholic, a voracious reader, and a mom to one human child, two canine kids, two feline kids and two fish. Okay, I don't really consider the fish to be like family just yet. Maybe if they survive more than fourteen minutes I'll start to feel attached to them.

It was my son (the human one, not the doggie one) who was my inspiration for Average Simon,  my first children's novel. The idea came about one day when he was about nine. We were having a conversation about life and he looked at me in all seriousness and informed me that all he wants is to be an average guy. Not famous, not necessarily rich, just a normal guy.

It's interesting how inspiration can come from a simple conversation. My brain got to whirring and purring and I thought:


What if there was a boy who just wanted to be average, but the more average he tries to be, the more extraordinary he discovers he is? How would he feel about that? What would he do? Would he be able to accept his talents? Would he try to hide them for the sake of not standing out? What would be the result of never allowing your true self to be seen by anyone, including yourself?

A seed was planted. I knew that this was an idea I needed to develop and nurture, but I shoved the idea into the very back of a deep and dark closet under some dusty stairs in my mind. Every now and then, I'd mentally pass the old closet door and I felt like there was something important inside, waiting for me to shine a flashlight on it, dust it off and bring it into the warm sunshine. But I was always too busy to bother with a dusty old seed of an idea, so I just kept on passing that door and ignoring the feeling that I was neglecting something. I couldn't even remember what it was that I had been ignoring anymore.

Until one day not too long ago. My kiddo asked me a simple question:


Hey mom. You always promised you'd write a novel for me. When are  you going to start it?

Oh yeah. I did promise him I'd write him a book...Well, okay. This seems like as good a time as any.


How about I start it this month?

The grin that spread across his face was bright enough to reach under the dark closet door and shine, just a little, on that long neglected and forgotten idea. He asked me what it would be about, and without even having to think about it, without a sense of panic or fear, I strode confidently into that closet, pulled that seed of an idea out and showed it to my boy.

Thank you for joining me on this trip of a lifetime.

Posted by Unknown at 3:06 PM No comments: