When I was in junior high, I wrote my first novel. It was a story about a girl whose father was murdered and she was kidnapped by the murderers. Turns out her dad was a bad guy who did bad stuff and when crap went down, he ended up taking a swim wearing a pair of cement shoes. I wrote it long hand, on loose leaf paper during study hall and lunch. After I got a cheap typewriter, I spent months teaching myself how to use it. Eventually, after lots to tears and correction cassettes, I had an error-filled (but typed!) manuscript. Oh, it was beautiful, that stack of eighty-two typed pages. It proved that I had what it takes to write a book from beginning to end. It was proof that I could be a writer if I tried hard enough. It proved that my dream of being a writer wasn't stupid. There was only one thing left to do: get it published. 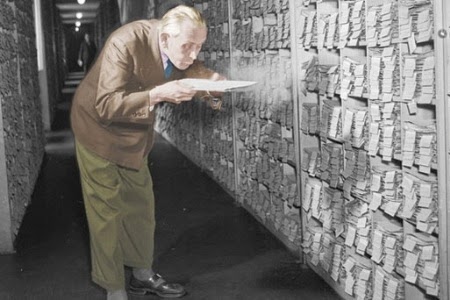 I went to my town's only public library and checked out a woefully out of date Writer's Market. Back at home, I flipped directly to the Publishers section and wrote down the addresses of a few publishers that would accept unsolicited work. At that point, I didn't understand what an agent was or why they were important. Mostly, I thought agents were something you had to pay for, like a lawyer or therapist, and that gave wealthy aspiring writers the upper hand. The whole thing seemed unfair to me and I wanted no part of it. Youth is full of misconceptions.

My school counselor was impressed that I had written and then typed a novel, and he gave me permission to use the faculty copier to make a single copy of it. The smell of paper, fresh and warm from a copy machine, still makes my heart hammer with excitement.

I deliberated a long time over which publisher to send the only copy of my baby to. I don't remember who I picked or why I picked them, but I can recall that dropping my book down the mailbox chute felt like abandoning my beloved dog. I was pretty sure I'd have to barf into the bushes before I got home. Good thing for every homeowner along my route, lunch stayed in my belly.

Weeks later, I got a personal reply from that publisher. I don't recall who sent it, but I do remember how kindly worded the rejection was. She said that, unfortunately, they no longer accepted unsolicited manuscripts (damned out of date Writer's Market!), but that she had taken it upon herself to read my novel. She said it was promising for someone so young and that I shouldn't give up. She said it could use some polishing and that maybe finding an agent would open more doors for me. She ended the letter by saying she felt confident that I would go far in my writing career if I kept at it.

I was crushed. All I could see was the rejection. The nice stuff, the encouraging stuff, didn't register. It didn't occur to me what an amazing person this woman was for taking the time to read all eighty-two pages of my poorly written, unsolicited manuscript and then to take the time to craft an encouraging rejection. My good fortune was completely lost on me.

Life continued. I went to high school, got a job, went to college, got married, and had a baby. Somehow, that memory of my first submission and rejection got buried. It wasn't until just recently, when I started the process of querying agents for Average Simon, that I remembered. It's sad that something so huge was shoved to a dusty corner of my mind and left to rot. But I'm grateful, too. I'm grateful querying brought the memory back. That recovered memory is as much of a gift as the long lost letter the publisher sent to me.

The years have taught me that writing, from the first draft to the querying stage, is full of hidden gifts. Forgotten emotions. Abandoned memories. And that, sometimes, it can take decades to remember that your dreams are worth chasing.